Hardy plants from the southern hemisphere are few and far between in most American gardens. Many of the plants, especially from South America are either tropical or, if from higher elevations in the Andes, do not appreciate the high heat of our summers. One plant native to the area where southern Brazil, northern Argentina, Paraguay, and Uruguay meet has proven to be an exceptional garden plant in warm temperate gardens.

Heteropterys glabra or redwing as it is commonly known is one of about 150 species of plants in the genus. Its scientific name is derived from hetero, meaning different and pterys meaning wing signifying the winged seeds held in threes. This genus in the mostly tropical Malphigiaceae family is composed of vines, small trees, and shrubs throughout South America, the Caribbean, and one species in Africa. Plants in this genus have been used as aphrodisiacs, stimulants, and in some cases have been found to have antiviral effects.

Gold flowers appear by early summer in bright sprays followed quickly by brilliant red fruits that closely resemble maple keys. Redwing will continue to produce flowers alongside the fruit into the fall for a continuous hot combination. The foliage on this vine emerges flushed with burgundy before turning glossy green. The multihued flower and fruit display make this a worthy candidate for any garden.

Redwing is a woody vine that will grow up a support or through the lower branches of small trees or large shrubs. The stems will twine gently providing support for the upright growth. Without support, it will make a mounded, shrubby plant with branches weaving through its neighbors. Young plants will often die back to the ground for their first couple of years in the garden but once established the stems will stay green during all but the coldest winters.

Planting Heteropterys in a sunny spot ensures the best flower and fruit show but it will grow well in a shadier location. It may need some training to grow up a structure when young or it can be planted under a low branched tree. It tolerates considerable drought and root competition once established but will be more prolific in a slightly moist, well-drained soil. It makes an outstanding landscape plant and should be more widely planted in USDA hardiness zones 7 and warmer where the graceful form, flowers, and fruit will add a bolt of bright color to the garden.

Bryce Lane, former interim director and NC State University lecturer, discussed Heteropterys glabra on his
In the Garden's Plant of the Week feature on PBS on November 10, 2012.

Additional photographs of Heteropterys glabra can be found in the JCRA's Photograph Collection. 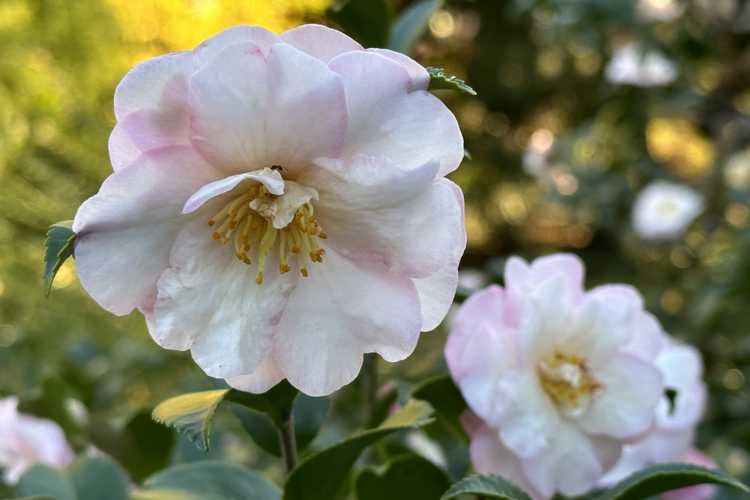