Japan has had a profound influence on Western horticulture for the past 200 years or more. Many of our most popular landscape plants—azaleas, peonies, flowering cherries, hydrangeas, and so many more—were introduced from the gardens of Japan. In addition to plants, specialized horticultural techniques such as bonsai (which was itself introduced from China as penjing) and more recently ikebana have become quite popular in the United States. But perhaps the most uniquely Japanese horticultural tradition, known as koten engei, has never gained the popularity of these other art forms.

Barry Yinger, a scholar of Japanese horticulture and friend of the JCRA, says translation of koten engei is all but impossible and can perhaps be summed up as "the cult of classical plant culture." Certain plants, usually Japanese natives, with a special focus on all sorts of mutations with minor variations in variegation patterns, growth habit, and other differences are selected and displayed in pots which are often specific for certain types of plants. Plants are selected and ranked for appearance and rarity with the weakest and hardest to grow often the most desired. 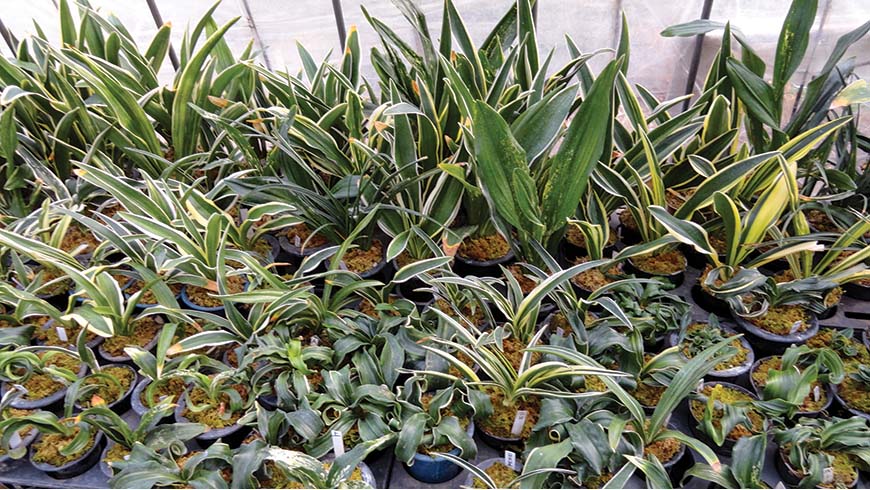 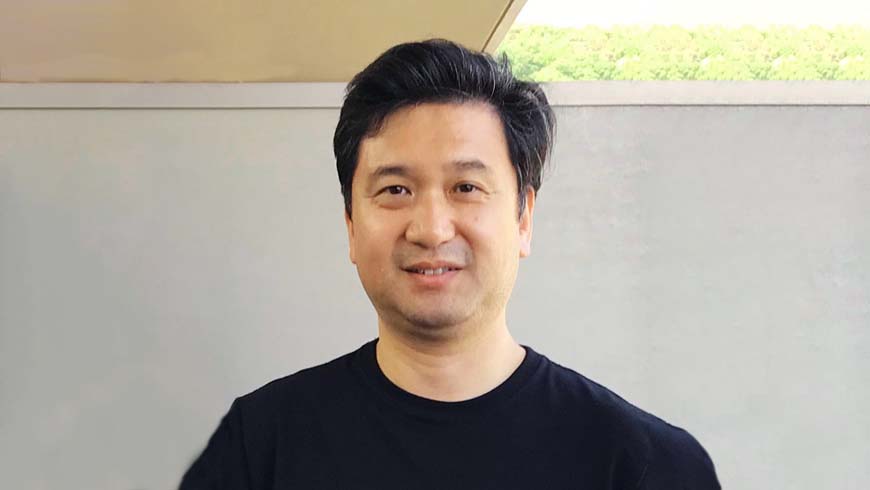 Hiroshige Matsuoka, Ph.D., is an engineering professor in the Department of Applied Mathematics and Physics at Tottori University in Koyama, Japan where he specializes in tribology, the science of interacting surfaces in relative motion, with an emphasis on ultrathin liquid films. When he isn't writing papers like "Stress distributions in an elastic body due to molecular interactions considering one-dimensional periodic material distribution based on Mindlin's solution," he is indulging in a favorite past-time, the cultivation and display of fuukurin or Neofinettia (Vanda) falcata in the Japanese koten engei tradition. 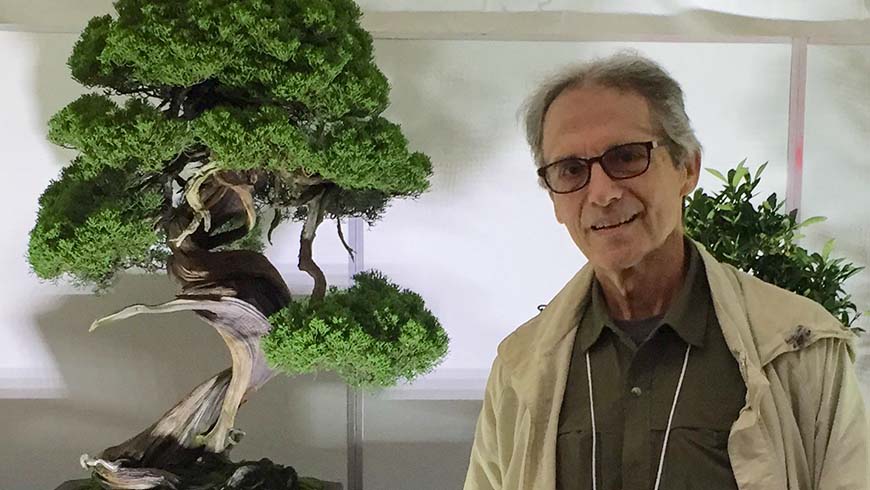 Ozzie's 45 years in horticulture began at the bottom as a laborer on a landscape installation crew in Atlanta. The 1980s led to continuing travels in Japan and a fascination with Japanese Gardens and plants. With continuing education trips he traveled to many areas of Japan, visiting gardens , nurseries and wild areas seeking to understand what new plants would thrive in the Southeastern United States. He joined the Atlanta Botanical Garden in 1987, volunteering in many areas including the Japanese Garden where he continues to help curate.

Plant exploration elsewhere began in the 1990's with a trip to Yunnan, China with other collections over the years to Sichuan,Guizhou, Hubei, Hunan, Shaanxi , Jiangxi Provinces and trips to Vietnam.

1998 brought a partnership in a plant introduction and micropropagation company, ItSaul Plants, which provided the first new(20 years ago) colored Echinaceas in the Southeast , Asarums from tissue culture, Mahonia 'Soft Caress', Hydrangea'Big Daddy', Acer "Ryusen' , and Coreopsis 'Jethro Tull' among others.

Now he does garden consultation, backyard plant breeding, curates his own garden and volunteers for local horticultural organizations from ABG to the American Hydrangea Society. 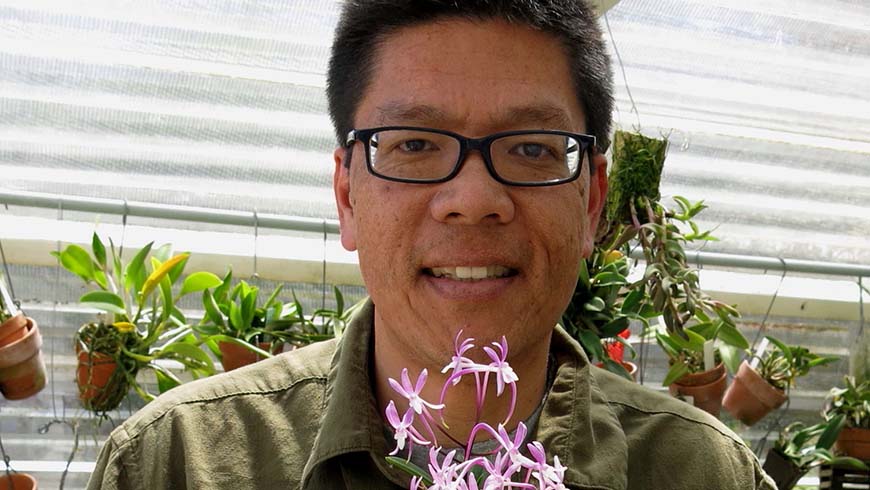 Peter Lin started growing orchids over 35 years ago, but then stopped due to school and starting a career. It wasn't until about 15 years ago that the orchid "bug" came back and he is now heavily involved once again! He is an accredited judge with the American Orchid Society, and a hybridizer of mini-catts. He enjoys meeting with other orchid enthusiasts, and can often be found at various orchid shows and societies around the country.

Due to limited growing space, Peter likes to specialize in miniature orchids, both species and hybrids, and has received numerous AOS awards. His interests in orchids include dendrobiums, angraecoids, and neofinetias. He is also known as "Mr. Sophronitis" as he has a passion for growing and collecting them. He maintains a collection of a thousand or more orchids at his home in Southern California in three small greenhouses, outdoors, as well as an offsite greenhouse. 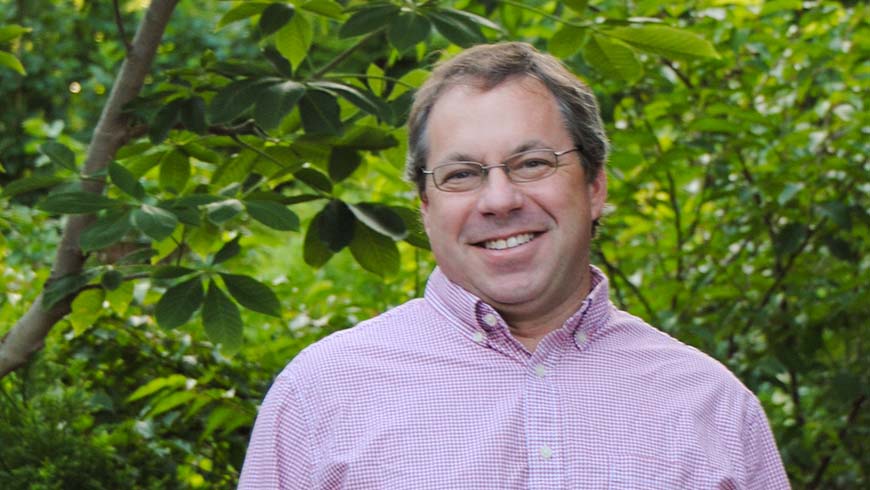 Mark Weathington is the director of the JC Raulston Arboretum at NC State University where he is passionate in his work to connect people with plants. His latest book, Gardening in the South: The Complete Homeowner’s Guide, takes his common sense approach and a bit of humor and makes gardening accessible for any level of gardener.

Mark travels extensively searching for new plants to diversify the American landscape and lecturing on a variety of topics in horticulture to further the JC Raulston Arboretum's vision of "Planning and Planting a Better World." His explorations and speaking engagements have taken him to China, Taiwan, Japan, South Korea, Ecuador, Europe, Mexico, New Zealand, South Africa, and throughout the United States.

Funded in part by a grant from the Japan Foundation's Center for Global Partnership. 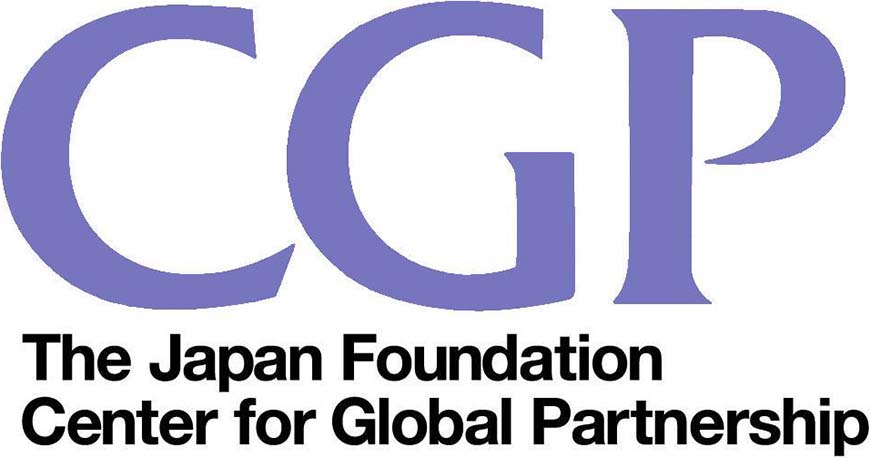 Cost
$10.00 for members, $20.00 for nonmembers.
Registration
Advance registration is required. Please register online using our registration e-store. Registration is limited and is considered complete when payment is received.
Cancellation
Program cancellations can be made up to two weeks before the program's start date. A 15% cancellation fee applies.
Location
Online. Instructions will be provided by e-mail to all participants.
Questions
Please contact Chris Glenn at chris_glenn@ncsu.edu for more information about this symposium.