The Arboretum is now open Monday through Friday from 9:00 am to 4:30 pm and Saturday and Sunday from 10:00 am to 6:00 pm (excluding holidays). As part of the NC State University, physical distancing is required at all times both indoors and outdoors.

Travel with Janice Swab to the world's fourth largest island, so different from other world land masses that it has been called the Eighth Continent. Located 400km from the east coast of Africa, lying 12°S–36°S latitude, this island with 0.4% of the world's land mass has a diversity greater than that of Brazil. 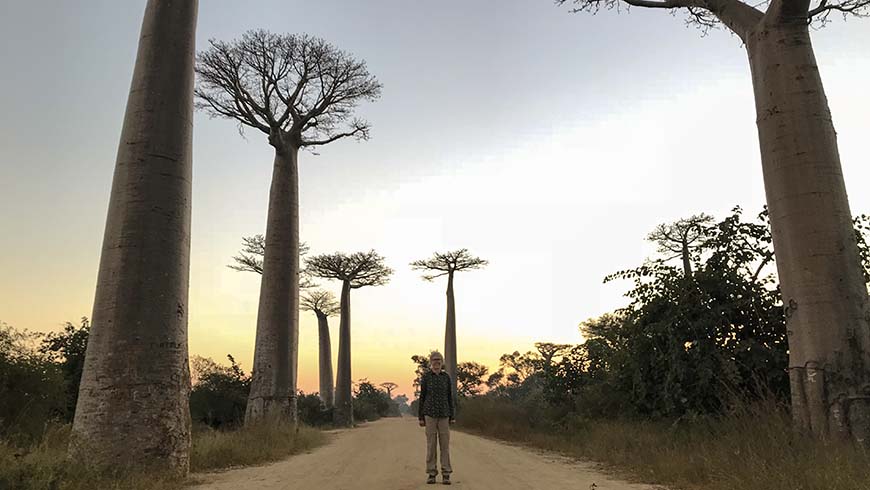 Slightly larger than California, this island with its 80+ million years of isolation has allowed evolution to proceed along a path that has led to the occurrence of numerous animal and plant species found nowhere else. The staggering diversity that could be found until relatively recently has yet to be fully documented and the rate of ecosystem destruction, largely for unsustainable agriculture may mean that much of this diversity will not be studied be­­fore it disappears. Essentially the only intact forests are in protected areas which are under constant threat. We will see examples of forest habitats unique to this island but we will need to visit gar­­den and arboretum collections to see some of these plants as they have disappeared from the wild or are in the few intact areas where tourists are not allowed entry.

The first organisms that come to most people's minds at the mention of Madagascar are the lemurs, now said to number 111 species of which 95% are endangered. But it is the plant life on which all the diversity of all animal life depends and this is what we will focus on in this presentation. The great bao­­bab forests that once dotted the island are nearly gone and the spiny forest, unlike any for­­est in the world in aspect and species assemblages, has lost much of its original character.