An Evening with the Explorers: Triumphs and Tribulations of the Plant Hunters 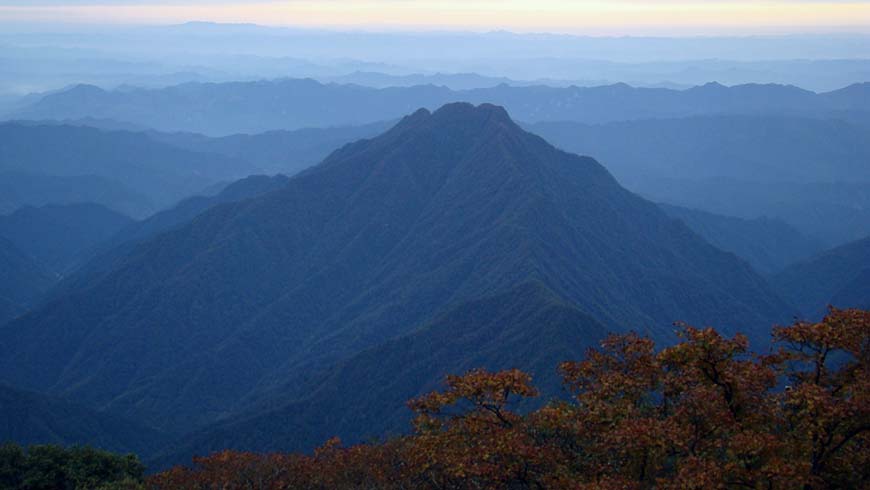 This lecture will focus on some of the most breathtaking locations that Scott McMahan, Dan Hinkley, Ozzie Johnson, and Andrew Bunting (joining the group in 2012) have ever seen during their past 12 years of plant exploration together. Along the way, learn about the perils of seed collecting, the friendly faces that greet them on the trail, and, of course, the plants that inhabit the temperate mountains of Southeast Asia. 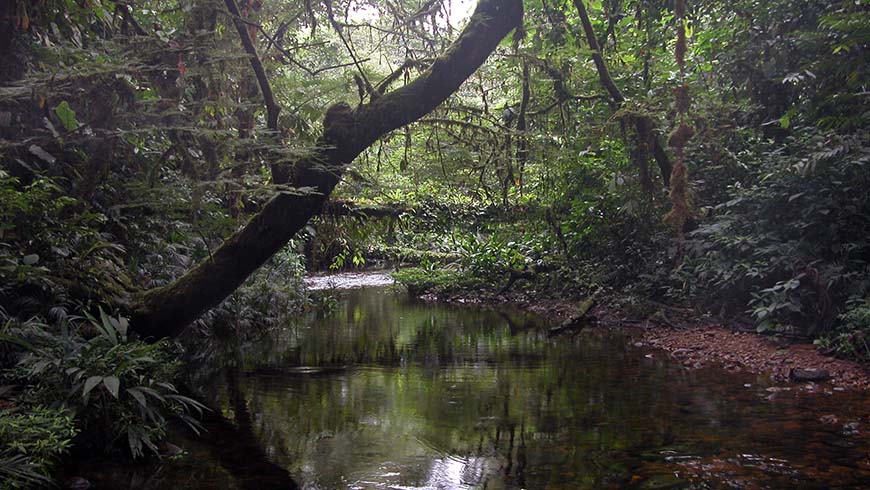 Supposedly the Inuit have 100 words for snow (not true) but the Chachi have no words for privacy in their language. A month living in their homes, exploring the jungle, and visiting the people gives a rare insight into this fascinating Ecuadorian tribe. 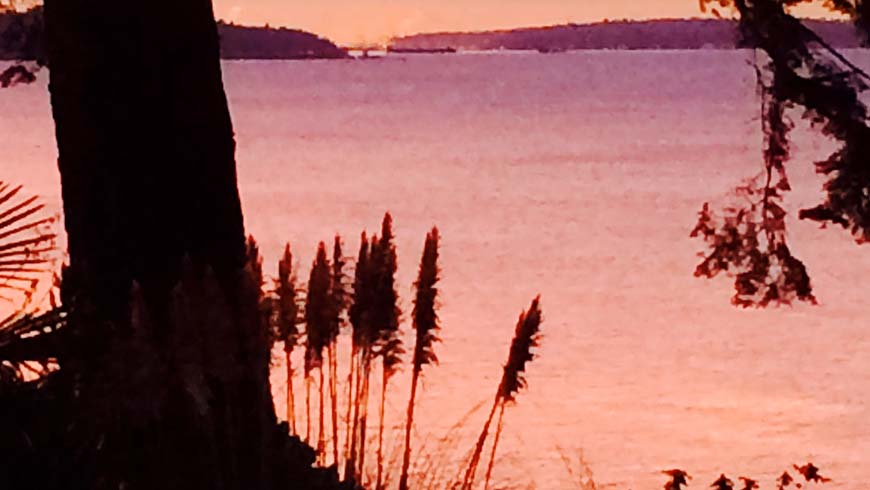 "The Plant Collection of Windcliff: Highlights of a Zone 8 Garden in the Pacific Northwest"
Dan Hinkley

Join Dan Hinkley for a visual tour of his garden on a high bluff overlooking Puget Sound, with numerous plants he has collected during his years of plant exploration. 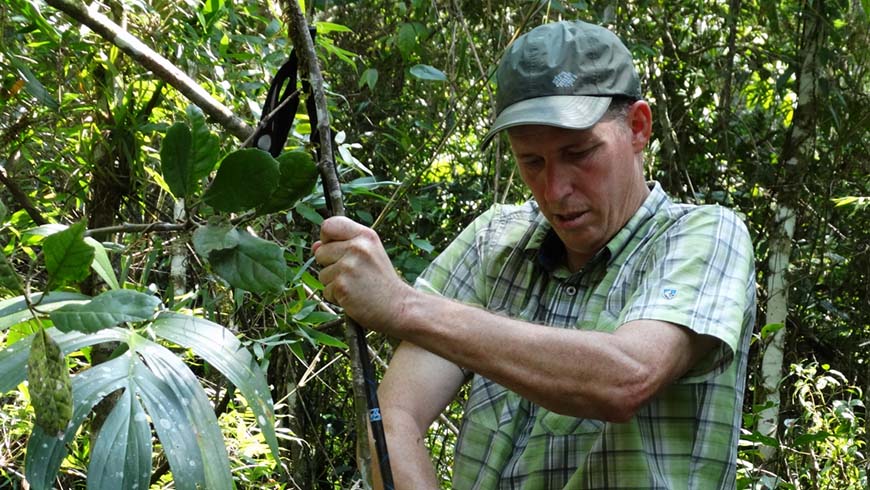 Andrew Bunting is the curator at the Scott Arboretum of Swarthmore College where he has worked for the last 25 years. He also owns a design/build garden company, Fine Garden Creations, which is in its 23rd year. Andrew was also the Curator at the Chanticleer Foundation in Wayne, Pennsylvania, in the early 90s. His home garden, Belvidere, has been featured in This Old House magazine and the Wall Street Journal. He has served as president of the Magnolia Society International and the Delaware Center for horticulture; has chaired Horticulture at the Philadelphia Flower Show and the North American Plant Collections Consortium which is a national collections scheme through the American Public Gardens Association. He has gone on plant exploration trips to China, Taiwan, and Vietnam. He has written over 100 articles for the American Gardener, Fine Gardening, Horticutlure, Public Garden, and Arnoldia. He is a passionate gardener and avid birder and traveler. 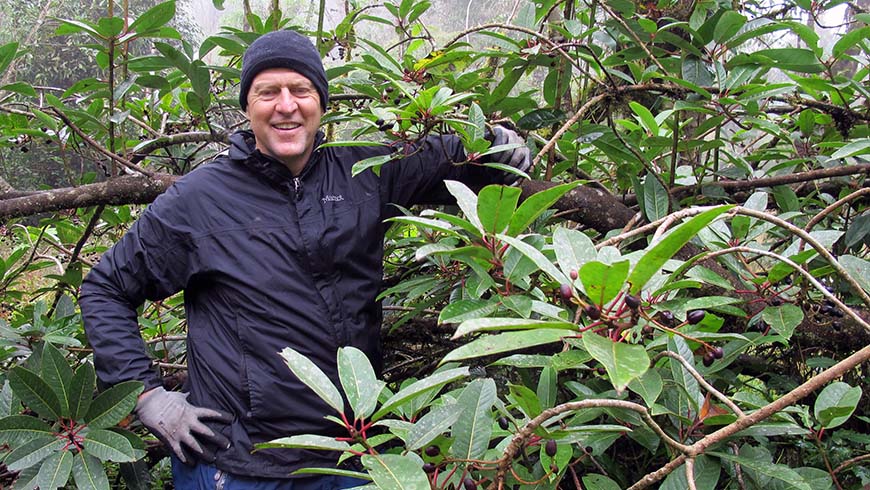 Dan Hinkley, born in the Zone 4 highlands of North Central Michigan, has had a lifelong interest in plants, leading him to receive his B.S. in ornamental horticulture and horticulture education from Michigan State University in 1976, and his M.S. in urban horticulture from the University of Washington in 1985.

In 1987, while teaching horticulture at Edmonds Community College north of Seattle, he and his partner, Robert L. Jones, began Heronswood Nursery, near Kingston, Washington. Devoted to introducing rare and unusual plants to gardeners of North America, this endeavor has led Dan into the wilds of China, South and Central America, Mexico, New Zealand, South Africa, Nepal, Vietnam, Taiwan, Sikkim, Bhutan, Tasmania, and Canada numerous times a year for the past 22 years. Heronswood Nursery previously listed nearly 3,000 plant species, and has shipped to 48 states as well as England, Europe, and Asia. When W.A. Burpee closed the garden and nursery in May of 2006, Dan independently focused his attentions on continued plant hunting, writing, and speaking.

His first book, Winter Ornamentals, was published in 1993 and his second, The Explorer's Garden: Rare and Unusual Perennials, received the 1999 Book of the Year Award from the American Horticultural Society. His third book, released in May of 2009 and the second in a series of three, is titled The Explorers Garden: Shrubs and Vines from the Four Corners of the World for which he received the 2010 Book Award from the American Horticultural Society.

In 2003, Dan was honored with the Scott Arboretum Gold Medal from Swarthmore College in Pennsylvania for his lifetime achievements in horticulture. He has been awarded the Marcel Le Piniac Award from the American Rock Garden Society, the Medal of Honor from the Garden Club of America, the Garden Communicator of the Year award from the American Nurserymen and Landscape Association, the White Gold Medal from the Greater Cleveland Horticultural Society, and in 2006, the Liberty Hyde Bailey Award from the American Horticultural Society for a lifetime of achievement in education, writing, and plant exploration. He received on June 21, 2007, and July 2, 2007, respectively, the George Robert White Medal of Honor from the Massachusetts Horticultural Society for the advancement of interest in horticulture in the broadest sense; and from the Royal Horticulture Society of Great Britain, the Veitch Memorial Medal for his outstanding contribution to the advancement of the science and practice of horticulture. In March of 2008, Dan was appointed to memberships of the boards of both the Elisabeth C. Miller Botanical Garden Trust and the Elisabeth C. Miller Botanical Garden Endowment Trust. In 2010, Dan was presented the Perennial Plant Association Award of Merit for contributions to the advancement of the perennials plant industry through lectures, writing, and plant exploration.

Dan Hinkley currently resides in Indianola, Washington, where he is in the process of realizing his latest endeavor, the Gardens of Windcliff, on a south-facing bluff overlooking Puget Sound; and writing his third book for Timber Press in the Explorer’s Garden series. 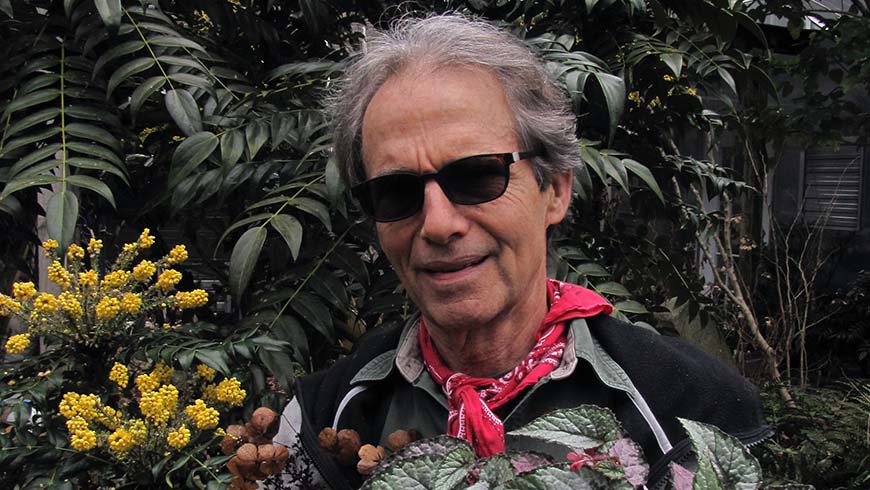 Ozzie is a partner at ItSaul Plants, a new plant introduction nursery located in Alpharetta, Georgia, and has volunteered at the Atlanta Botanical Garden in the Japanese Garden, Conifer Collection, and greenhouses since 1987. At ItSaul Plants, he breeds and selects hardy and annual begonias, hydrangeas, mahonias, Japanese maples, and calycanthus among others for introduction. His mahonia selection, Mahonia eurybracteata 'Soft Caress', was named the 2013 RHS Chelsea Flower Show Plant of the Year by the Royal Horticultural Society. He travels widely in the mountains of temperate Asia every fall to collect interesting seed to investigate and is currently vice president of the American Hydrangea Society. Ozzie and his garden in Marietta, Georgia, have been features in magazines such as Horticulture magazine and on television shows such as Victory Garden and A Gardeners Diary, and Ozzie was presented the 2006 Balentine Horticulture Award by the Southeastern Horticultural Society. 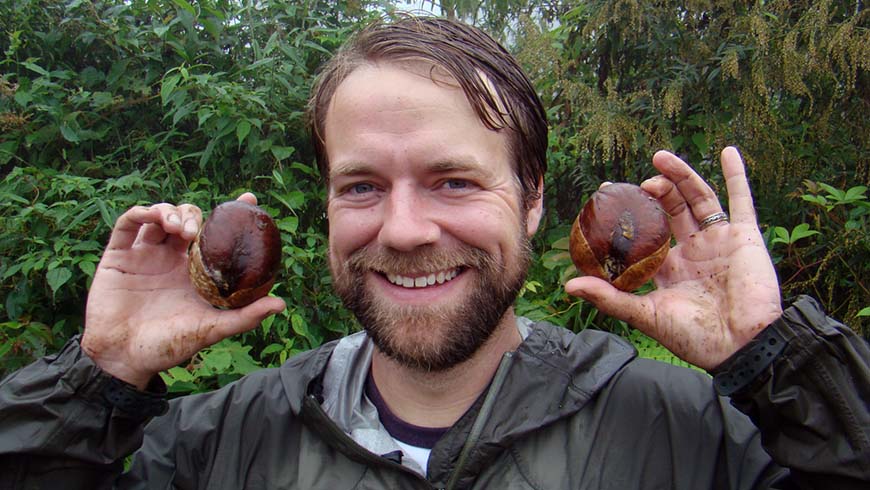 Scott McMahan is a homegrown "Georgia boy"" from Decatur and an extreme plant fanatic. He has a Bachelor's degree in English from Wofford College and an Associate's Degree in horticulture from Spartanburg Technical College. Scott was the propagator for a large wholesale grower for five years as well as the nursery manager at the Atlanta Botanical Garden for several years.

In 2003, Scott left the garden to open his own business. Located just north of Lake Lanier, McMahan's Nursery specializes in hardy, unusual perennials, shrubs, and trees for the southeastern United States. Scott has traveled to China, Japan, Taiwan, India, Bhutan, Vietnam, and many spots in the southern and northwestern United States in search of rare finds. He finds great joy in pushing the limits of what will grow in zone 7.

Scott lives in Decatur, Georgia, with his wife Kristie and two daughters, Lily (8) and Olivia (4). 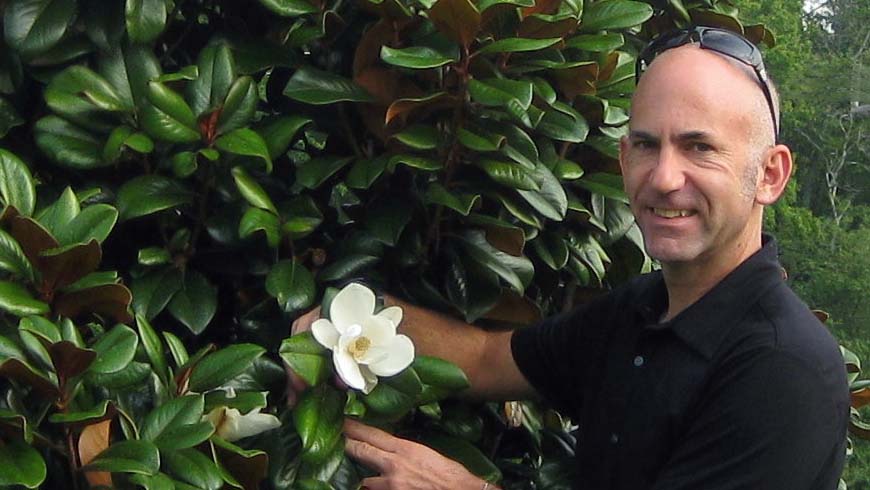 Greg Paige discovered his career goal early—creating and working in beautiful public gardens and sharing and teaching this passion with others. Prior to joining the Bartlett Tree Research Laboratory as arboretum curator, his 25-year career in public horticulture involved work at some of the finest gardens in the country—Daniel Stowe Botanical Garden in Belmont, North Carolina; the Scott Arboretum of Swarthmore College; the Biltmore Estate in Asheville, North Carolina; the Holden Arboretum outside Cleveland, Ohio; and the Cincinnati Zoo and Botanical Garden. 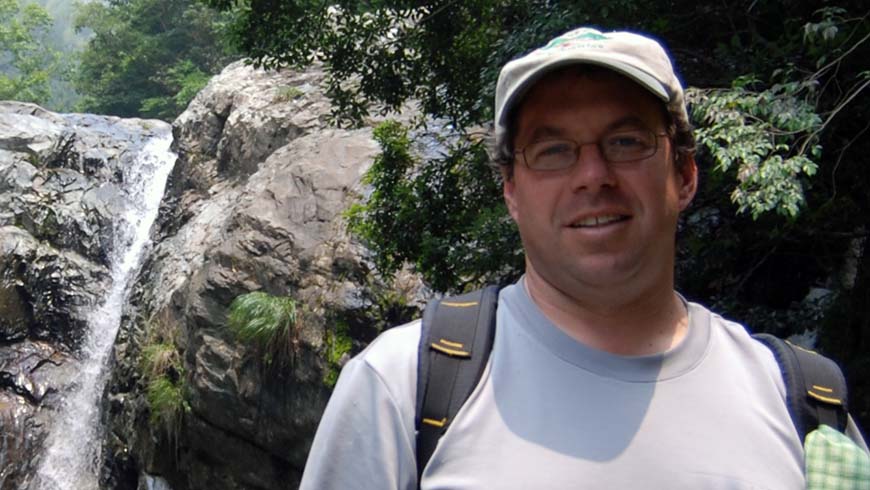 Mark travels extensively searching for new plants to diversify the American landscape and lecturing on a variety of topics in horticulture to further the JC Raulston Arboretum's vision of "Planning and Planting a Better World." His explorations and speaking engagements have taken him to China, Taiwan, Japan, Ecuador, Europe, Mexico, New Zealand, and throughout the United States.

He has recently revised and updated the Propagation Guide for Woody Plants at the JC Raulston Arboretum and has been published in Horticulture, Carolina Gardener, American Nurseryman, VA Gardener, and HortScience magazines as well as The Mid-Atlantic Gardener 's Book of Lists.

The evening's program features a silent and live auction filled with extraordinary plants. Dan Hinkley will be bringing a very special collection of extremely rare plants from his, Andrew's, Ozzie's, and Scott's collective works afar. 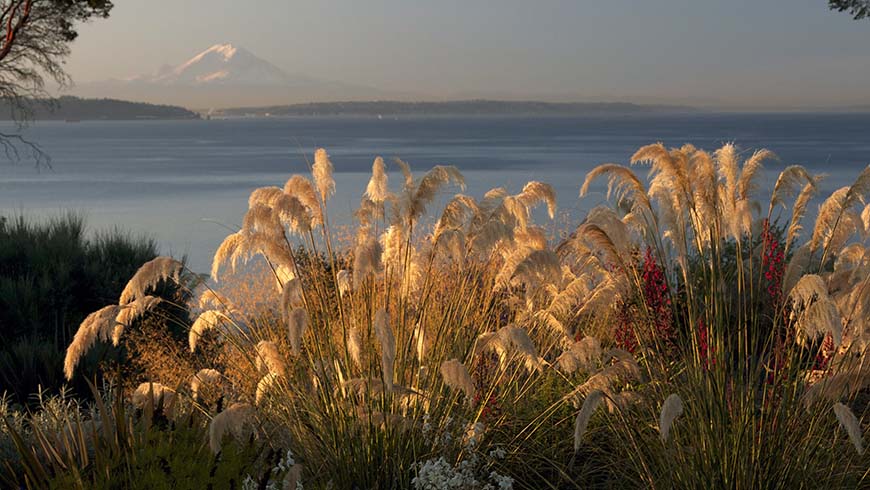 In addition, we're offering a two night stay at Windcliff for two people. This offering includes a gourmet dinner served with award winning Northwest wines and two continental breakfasts. A one-night stay for four, with dinner, will be considered. Personalized tours of local celebrated gardens (including Bloedel Reserve and Heronswood) will be arranged. Dan will also give his guests an autographed copy of his award winning book, The Explorer 's Garden: Rare Shrubs, and Vines from Four Corners of the World.

Windcliff is the private home and garden of Dan Hinkley and Robert Jones on Puget Sound near Indianola, Washington, and showcases many of Dan's best wild collections from around the world. The art-filled craftsmen-style home, designed by Robert, sits on a 200 ' bluff looking east with magnificent views of Seattle, Mt. Ranier, the Cascades, and west to the Olympic Mt. Range. Indianola is on the doorstep of the Olympic Peninsula and the Olympic National Park, the largest piece of protected land in the lower 48.

The minimum accepted bid on the visit with Dan at Windcliff is $3,000. We're offering a "buy it now" option of $4,500. The "buy it now" option will be available immediately. To purchase this option contact Andrew Bunting at andrew.bunting64@yahoo.com. Payment: check or credit card (Visa, MasterCard, or American Express). This will be awarded according to the first person to inquire and purchase this option.

Plant Delights Nursery and Juniper Level Botanic Gardens' Winter Open House is on the same weekend as our Evening with the Explorers program. JLBG's gardens are full of wild collected plants found during Tony Avent's many travels. They open on Friday, Saturday, and Sunday from 8:00 am to 5:00 pm.

Cost
Early registration: $100.00 for members, $125.00 for nonmembers; late registration: $125.00 for members, $150.00 for nonmembers. Early registration ends on February 15, 2015; late registration begins on February 16. Note: The registration e-store is incorrectly charging the late fee at this time.
Registration
Advance registration is required. Please register online using our registration e-store. Registration is limited to 100 people and is considered complete when payment is received. Registrations must be made before 11:00 AM on Wednesday, March 3.
Cancellation
Program cancellations can be made through Saturday, February 20, 2015. No refunds will be made after February 20. A 15% cancellation fee applies.
Location
Ruby C. McSwain Education Center, JC Raulston Arboretum at NC State University, 4415 Beryl Road, Raleigh, North Carolina.
Directions
Need directions? Click here.
Parking
Free parking is available at the JC Raulston Arboretum and along Beryl Road.
Questions
Please call (919) 513-7005 for more information about this program.