The Arboretum is now open Monday through Friday from 9:00 am to 4:30 pm and Saturday and Sunday from 10:00 am to 6:00 pm (excluding holidays). As part of the NC State University, physical distancing is required at all times both indoors and outdoors.

David will discuss the five simple tasks that every rose needs to be healthy and productive. He'll start with a brief overview of bed preparation and the importance of digging the bed well before planting. Then, he'll move on to the five tasks that each rose needs all the while talking about when they need to be performed, why, and the needed tools. After concluding his presentation with a discussion about selecting the best roses for the area, he'll share a vase of cut roses with someone in attendance.

David was born in Martinsville, Virginia; raised in Greensboro, North Carolina; and was educated at Campbell College. After marrying Rhonda, Mr. Witherspoon's youngest daughter, David expressed an interest in the family business and began in a starting position in 1979 at Witherspoon Rose Culture. Without experience in horticulture, David had to be taught the rose business from the ground up—literally. "That first summer, he took me out to a stall in a cow pasture," David recalls. "He gave me a shovel, left me with a dump truck, and said, 'We need that stuff back at the office.'" That was David's lesson on the value of good cow manure for roses. 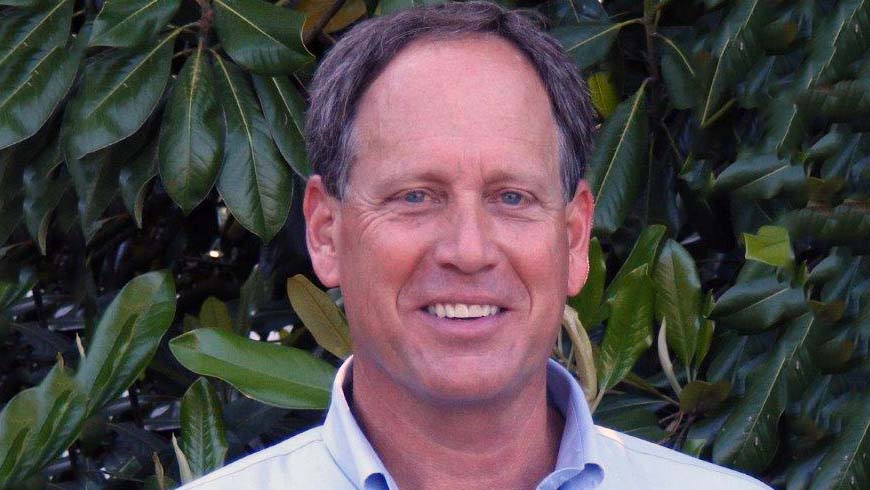 Mr. Witherspoon soon found that his own passion for roses and people was matched by David's and the fit was ideal. "Going to the homes of our customers and caring for their roses, I learned the varieties and what they needed and I really enjoyed getting to know the customers." David became president of Witherspoon Rose Culture in 1983 and has worked diligently to build a staff of caring rose professionals who put a very personal touch on their impeccable service of installing and maintaining rose gardens.

David is a frequent speaker at garden clubs, rose societies, gardening shows, and radio talk shows. By the American Rose Society, he is named a Consulting Rosarian and he shares his love of roses and how to properly care for them with thousands of rose lovers. David has been featured in numerous local and national print media, including Southern Living. The Gardens at Witherspoon holds over 2,000 beautiful roses and has been awarded the official designation Outstanding Rose Garden Maintenance given by All-American Rose Selections. In 1999, David's vast experience with roses took him to The Netherlands where he was invited to judge in the World Rose Trials in The Hague. Most recently, he served as a judge at the Biltmore International Rose Trials which took place at the Biltmore Estate in 2011, 2012, and 2013 and serving on the Board of Directors for the Wing Haven Foundation at the Wing Haven Gardens and bird sanctuary in Charlotte, North Carolina.

A true family man, David taught his three children about the value of good work ethics. He is now CEO of Witherspoon Rose Culture and his son, Taylor, plays a major role in the company as chief operating officer. David's youngest daughter, Mary Alice has joined the Rose Garden Shop team in Durham and manages the Web site.

David is very excited about the discovery of a new rose, the fabulous Tiffany sport, which was found in his own private garden. By his recollection, it was August 2002, the month of his father-in-law's passing that this rose began floweringing white. David named this beautiful champagne colored version of Tiffany, R. K. Witherspoon.

David's newest Rose Garden Shop is in Charlotte and has thousands of potted roses bursting with color. There are now six service locations caring for roses across the state from the mountains to the coast. The main office is in Durham and it is graced by a rose garden of over 2,000 roses.